Hit enter to search or ESC to close
DigitalPrint

Roche Diabetes Care is one of the world’s leading companies in the pharmaceutical and medical diagnostics sectors, including the diagnosis of diabetes. Diabetes affects more than 3 million French people nowadays. This heavy and constraining disease requires patients to carefully monitor their blood glucose levels. To reduce the daily burden of diabetics, Roche Diabetes Care has developed an all-in-one blood glucose meter without tape: the Accu Chek Mobile. By facilitating self-monitoring, diabetics can live a “normal” life.

In the context of an agency competition launched by Roche Diabetes Care, Pitchlab selected a panel of creative filmmakers  from its community and presented their concepts via scripts and storyboards. The concept proposed by the filmmaker crew called Saint-Gingembre, convinced the brand to entrust us with its TV, digital and print communication  (formerly handled by Havas 360). This new campaign is part of the saga initiated in 2015 called “Before being a diabetic, you are yourself”. To renew the brand’s territory, this offbeat concept does not focus on the physical performance anymore (like it was the case on their previous campaign), it now enhances the fact that diabetics can leave a normal life, while enhancing the technological performance of the Accu Chek Mobile device. This campaign was broadcasted in France. 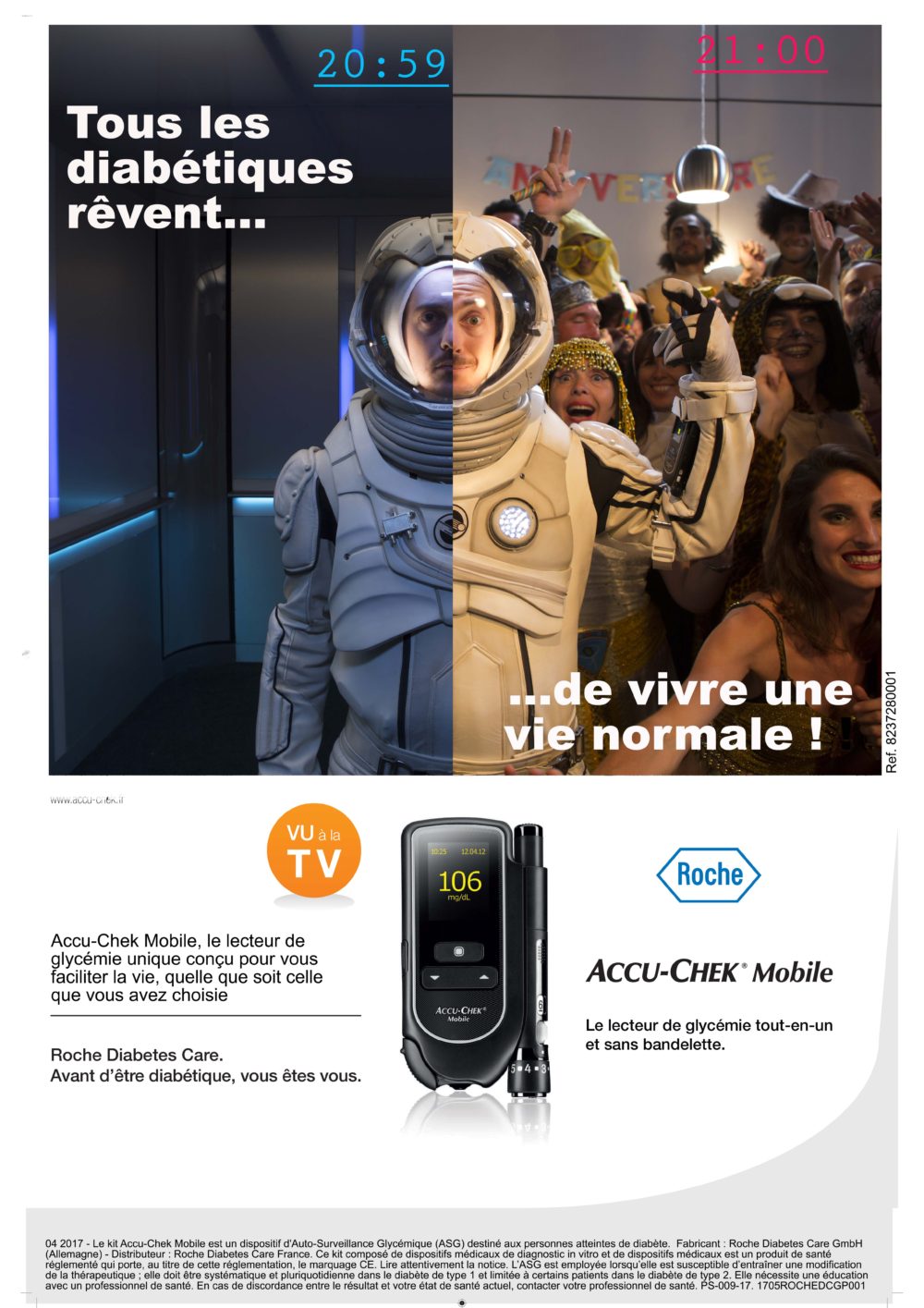 Select the best concept, we take care of the rest